Why not check it on a bigger screen :D

During my internship in IBM Research - China, I participated in the development of Blockchian as a Service (BaaS), the first cloud-based blockchain service in China. The BaaS attracts influential customers from Alibaba, Microsoft, HUAWEI, Baidu and other companies. Currently, the BaaS hosts 20,000+ blockchains, 1,000+ membership applications and 6,000+ operations in total.

During the internship, I worked as the only designer and the front-end developer for the web application. I re-designed the workflow and the user interface, and developed the front-end web code and integrated with the back-end system.

The platform is hosted in SuperVessel Cloud, IBM Research-China. Sometimes the network connection from oversea is not okay, so please check the my design and front-end work here at Github.

A side project during the internship is cloud-based deep-learning optimization service web application. I designed and developed it with Bootstrap framework in only three days. Check it here at Github.

The platform aimed to target users who have knowledge of Blockchain and would like to build their blockchains with little effort. Before I joined in, the team developed the first version of the BaaS platform with little consideration for user experience. The workflow at that time was complicated, given that Blockchain technology was such a new concept at that time. So the first step I took was to redesign the workflow of the system, to make it clear and friendly for users who are blockchain newcomers. 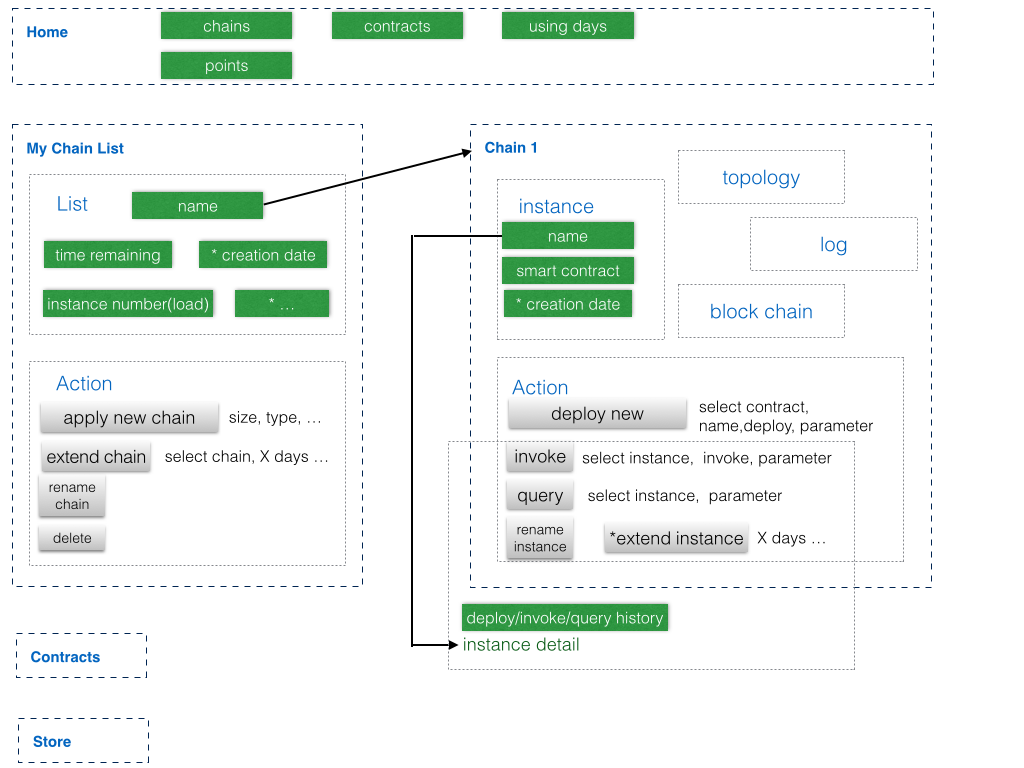 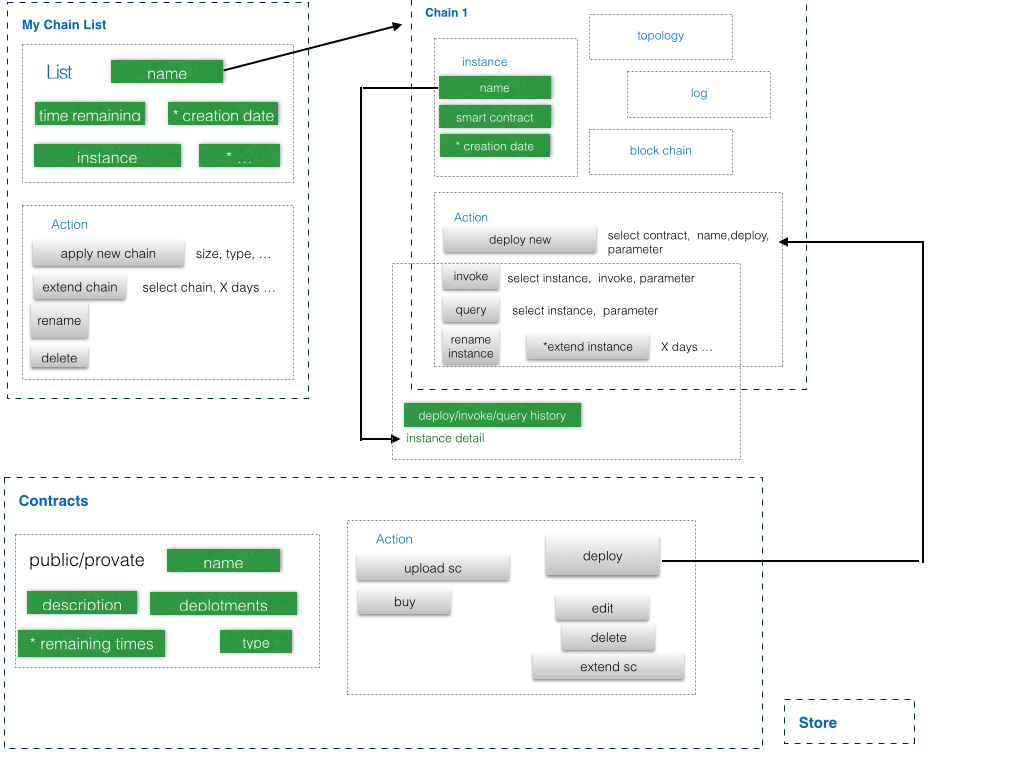 The low-fidelity prototype was built with Axure, and then UI design with sketch. 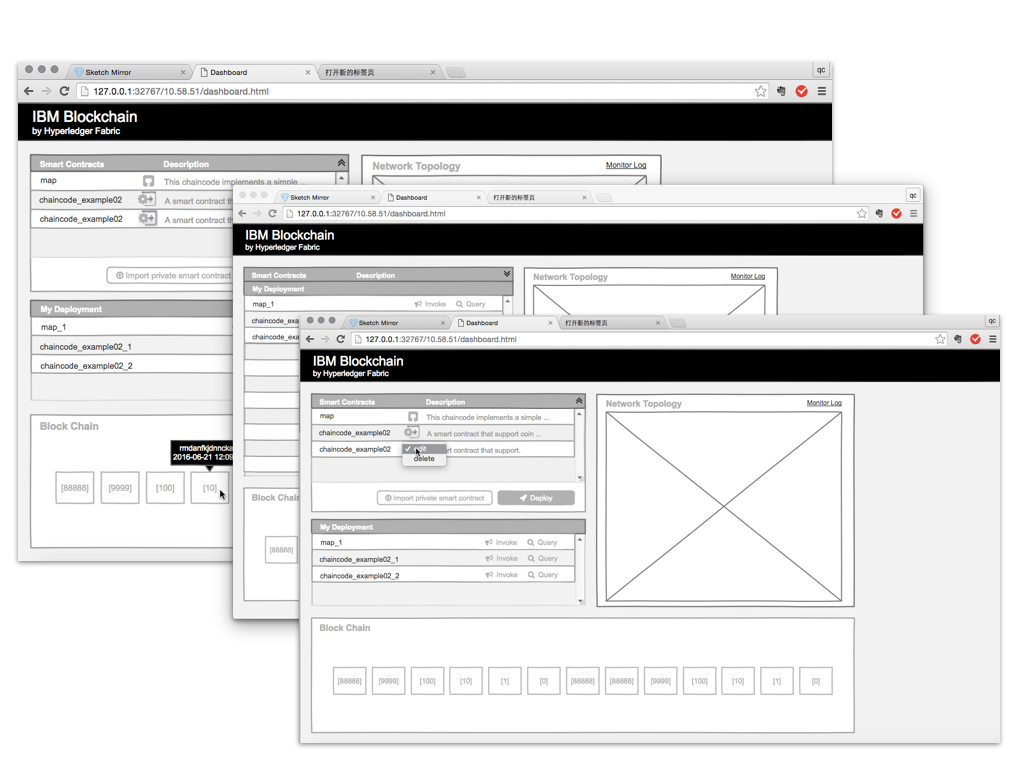 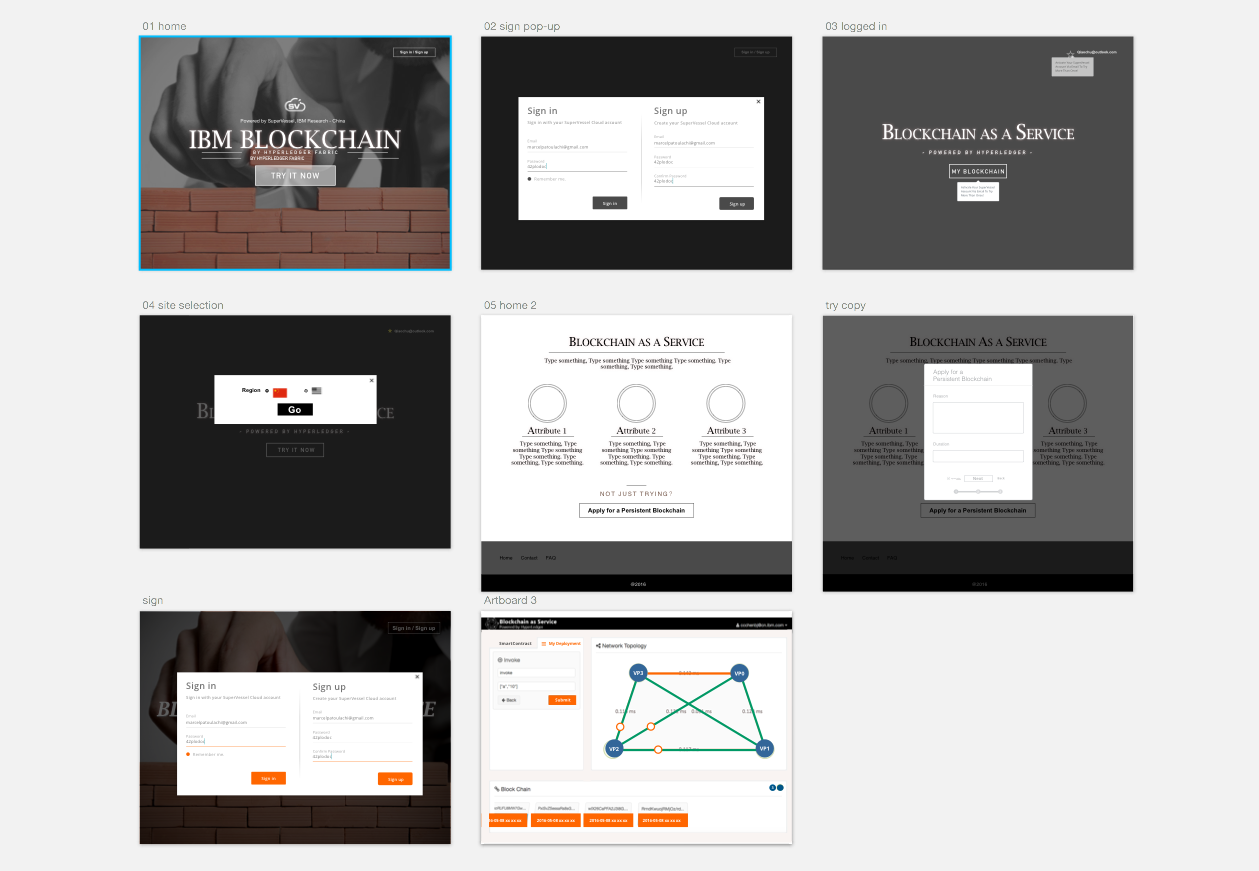 As the development team continued working on the second version of the BaaS platform, I decided to take the chance to make a design iteration, much as to rebuild the user experience for the system. The design was created by Sketch. 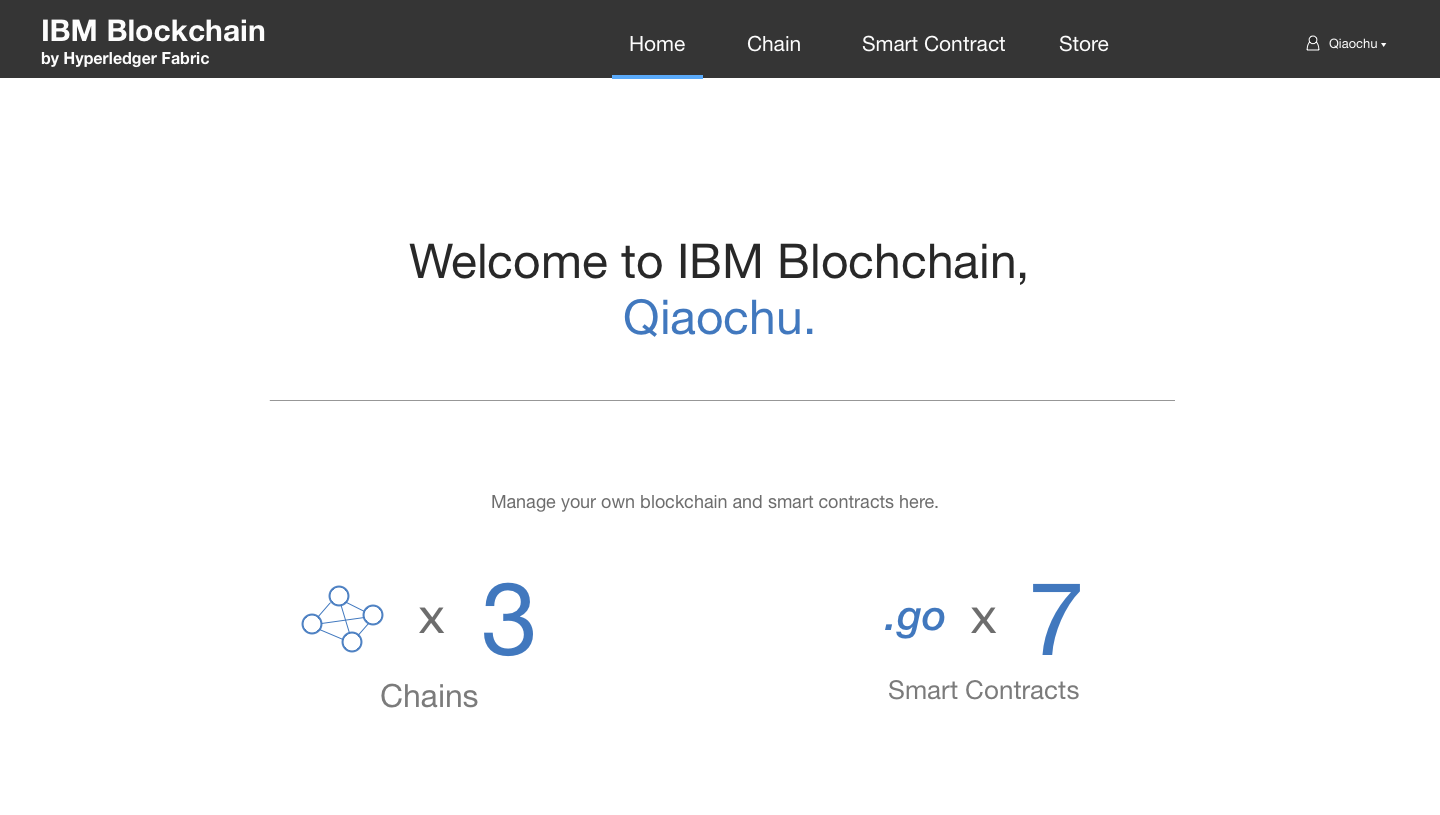 The user could see the chains and the smart contracts that they created in the homepage. 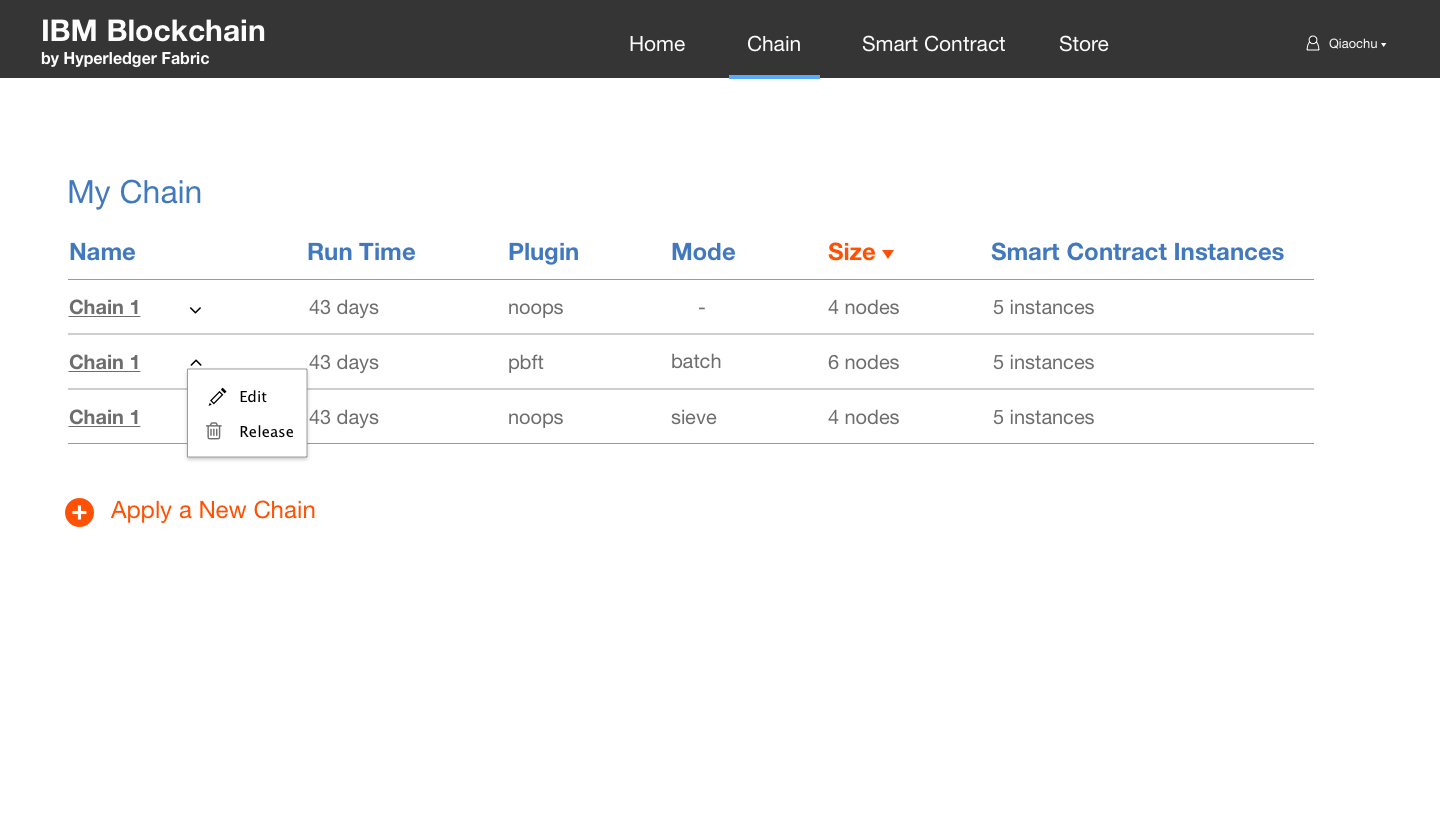 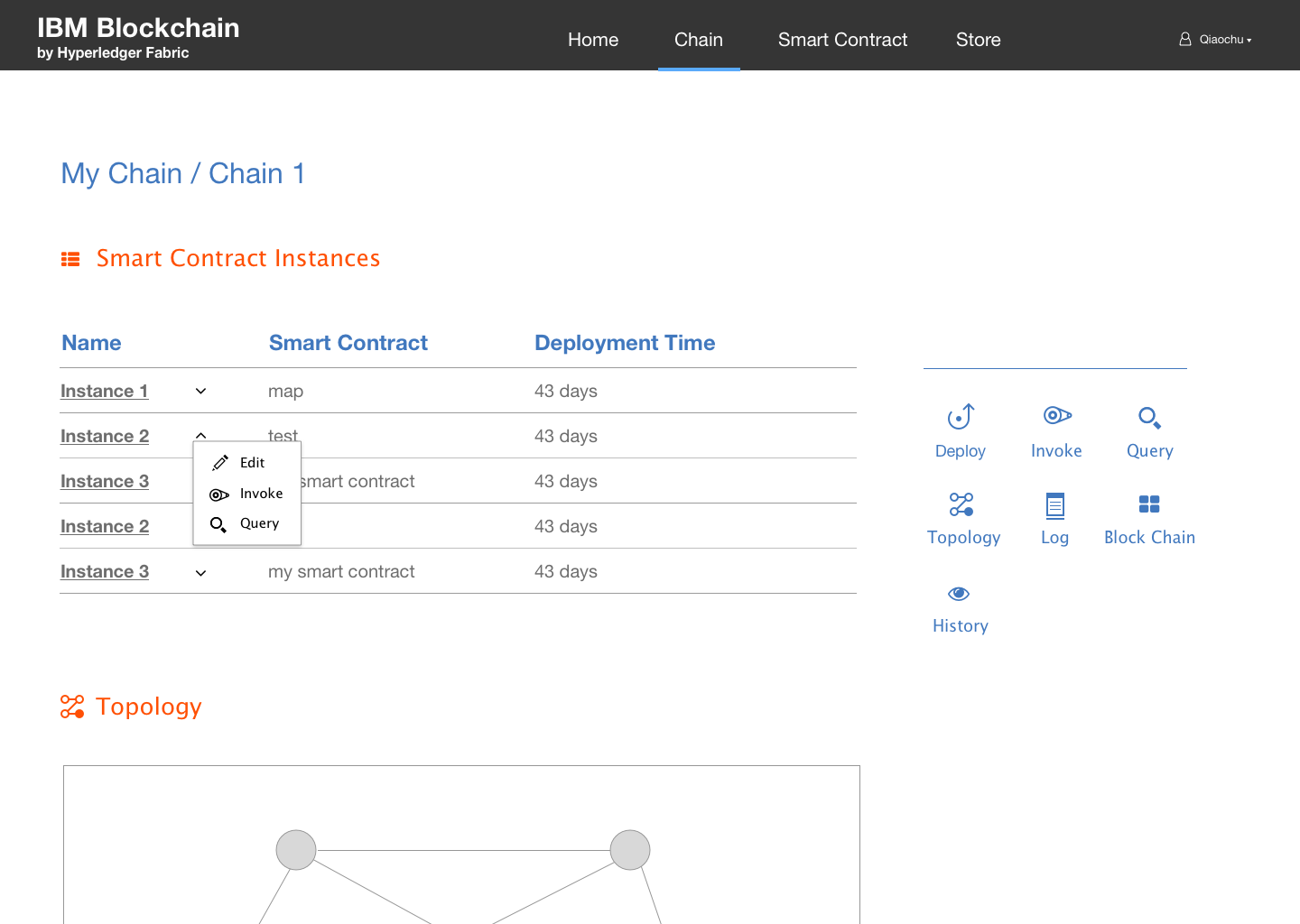 During the evaluation, participants can comment below each cell. The comments can provide supplementary information to help the participants score and give participants a chance to voice their personal opinions. 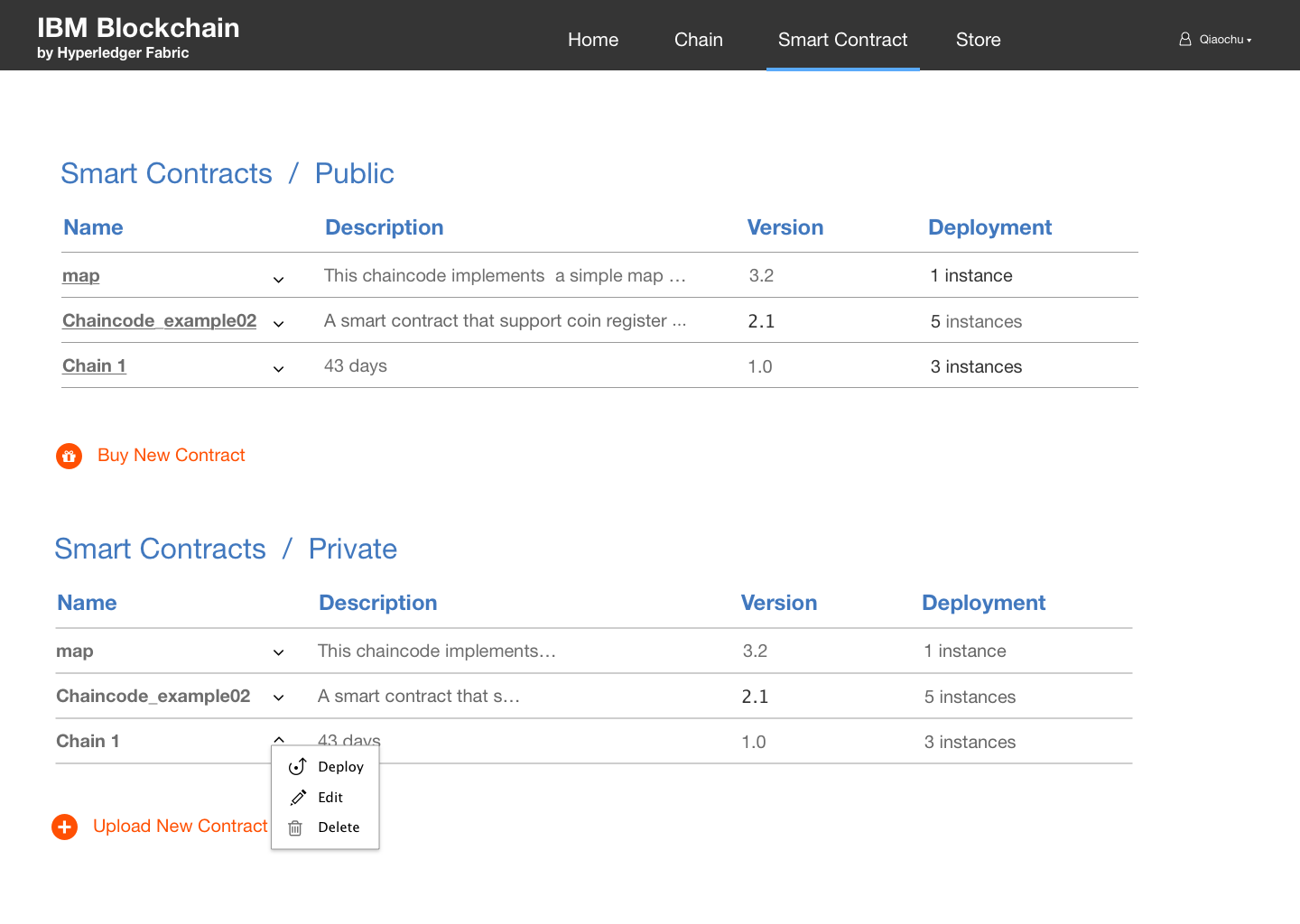 The report page will display the final rankings and scores. The darker colors indicate higher rankings. The cells will also be colored if a factor contains a higher score difference. Participants can then use these information to further discuss and reach a consensus.

I developed the front-end web code using html/css/js, along with jquery and jqueryUI frame. After that, I integrated it with the back-end system in collabration with other developers.

I really enjoyed the impletation process of my own design! Apparently there was no confict between the designer and the developer, when they are all me myself.

The platform is hosted in SuperVessel Cloud, IBM Research-China. Sometimes the network connection from oversea is not okay, so please check the my design and front-end work here at Github.

During the internship I also designed a cloud-based deep-learning optimization service web application as a side project. I developed the front-end web code for this web application with Bootstrap framework and JavaScript.

I designed and developed it with Bootstrap framework in only three days. Check it here at Github.

What's more: a seminar introducing UX to the engineers

As the first ux intern in this research-based group in IBM-Research China, I was asked to introduce the concept of UX design to all my collegues. I was honored to have the chance to let developers understand the importance of ux design and the basic principles for UX design. But to be honest I was such a UX newbie at that time! I hope I didn't convey anything wrong :).

The slides are created by reveal.js. Check the full slides here at Github.